In addition, he sometimes experiences painful ejaculation as well as premature ejaculation and occasional dysfunctional voiding.

A reading was taken by the MAPLe following an internal examination. See photo below. 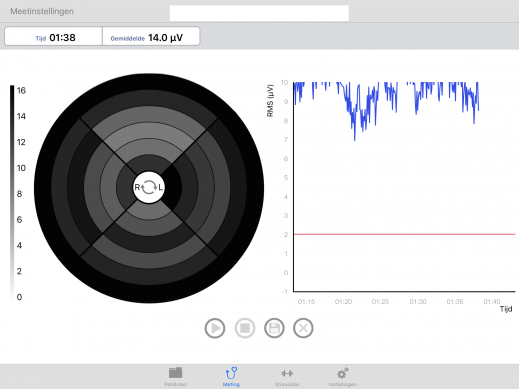 This is a resting measurement. Excessive muscle tension can be seen here, specifically in the sphincter complex and most likely in the autonomous part of the external sphincter too (Pennincks 2013, Broens 2013).

The treatment
The patient is made aware of the pelvic floor through breathing exercises and remedial therapy with the emphasis on relaxation. This is achieved with supporting biofeedback using the MAPLe.

Electrostimulation is also used with the MAPLe for further awareness and to improve the coordination of the various muscle groups. In addition, ES is used to bring about better relaxation.

The patient is then taught the correct pushing technique. This is practised and monitored using the MAPLe in a seated position.

The treatment is concluded with balloon expulsion-training.

Below resting measurement with the MAPLe shows that pelvic floor function has been restored. The muscle activity has fallen from 14.0 µV to 3.6 µV. 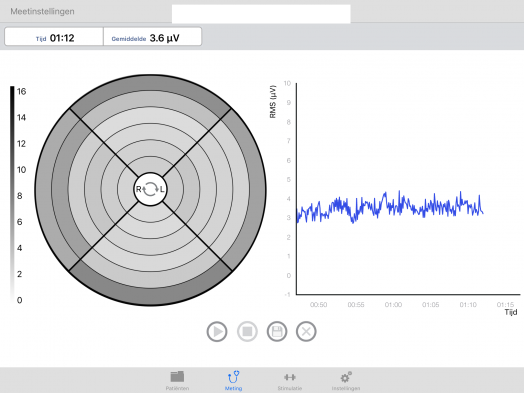 In addition, it is clear to see with the MAPLe that the patient has now adopted the correct pushing technique. The circle is a nice light grey with an average activity of 1.9 µV when pushing. See photo below: 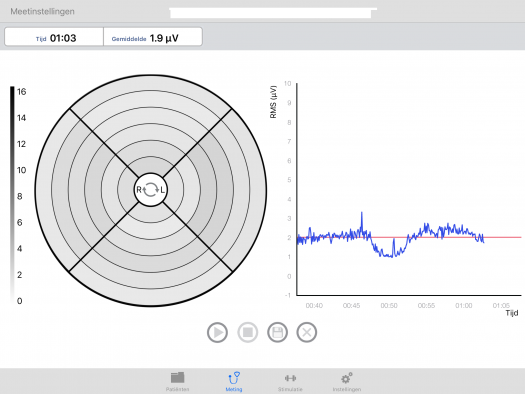 Thanks to the MAPLe a good understanding of the patient’s pelvic floor behaviour has been achieved on various levels. Where there is extreme, high intensity of stress that cannot be influenced (autonomous part of the sphincter), targeted applications of Botox can be used at a specific level which is determined by the MAPLe.