The patient is a woman of 46, who started running three years ago. After three quarters of an hour of running she gets urgency feelings and some stool also leaks out.

Seven years ago she gave birth with snip (episiotomy) and vacuum. At the time she had unintentional loss of stool a few times, but after that not anymore, really.

Lately, while putting on a sprint, she is leaking some urine. Afterwards she noticed her panty liner was full. She had never experienced urinary incontinence before, not even while exercising.

But now she sometimes notices at work that she cannot hold her water as well as before. She then has a feeling of pressure she finds very uncomfortable.

All in all, for her a good reason to do something about it.

Diagnosis with the MAPLe
After that the patient was measured anally with the MAPLe.
The MAPLe grids (circles) show the average values over the entire measurement.
- The Rest value is 5.7 µV. You can see that the front side and the left side are slightly weaker and superficially an overactivity is clearly visible.
- The MVC measurement shows a peak of 14.5 µV. The muscle activity at the top and deep is moderate.
- The Endurance measurement shows little strength. 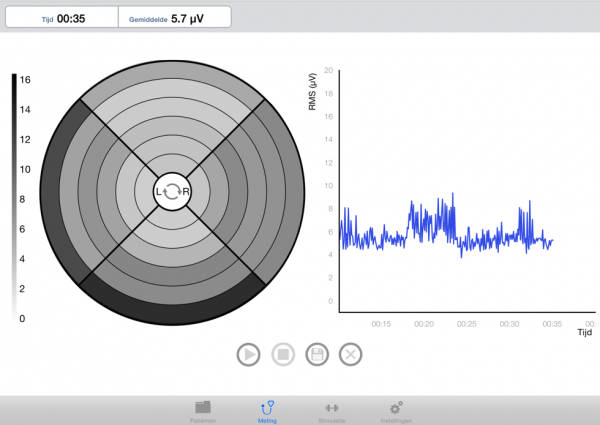 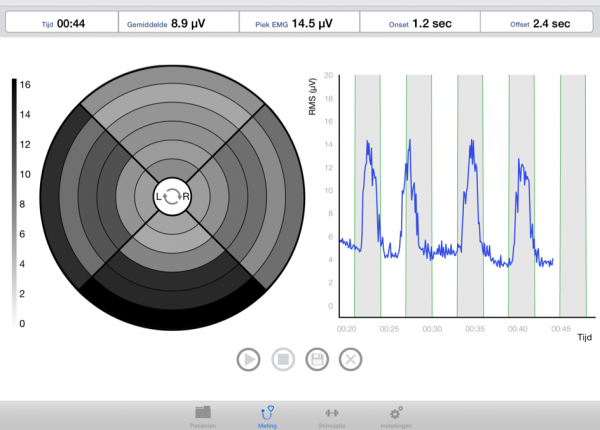 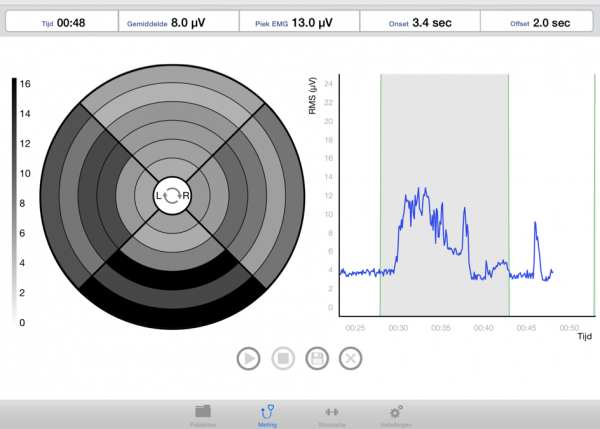 Treatment
The treatment was as follows:
- Relaxation exercises with focus on relaxation of the superficial muscles
- Pelvic floor muscle exercises
- Exercises with the MAPLe in lying, sitting and standing position

This patient had a total of nine treatment sessions.

Values after treatment
After treatment, the values were as follows:
- The Rest value has improved considerably: the overcapacity is as good as gone and the average value fell to 3.0 µV.
- The MVC shows more strength with a peak value of 24.0 µV.
- The Endurance has improved considerably: the average value increased from 8.0 µV to 15.9 µV, which is also shown in the line graph. 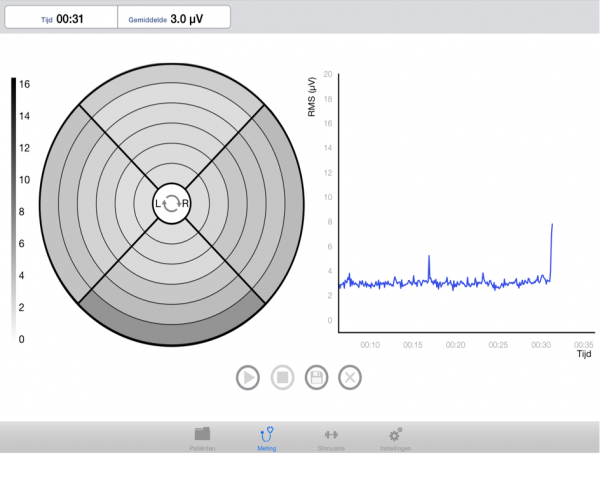 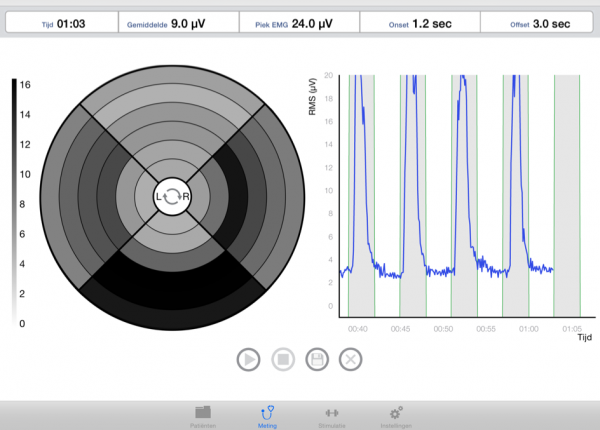 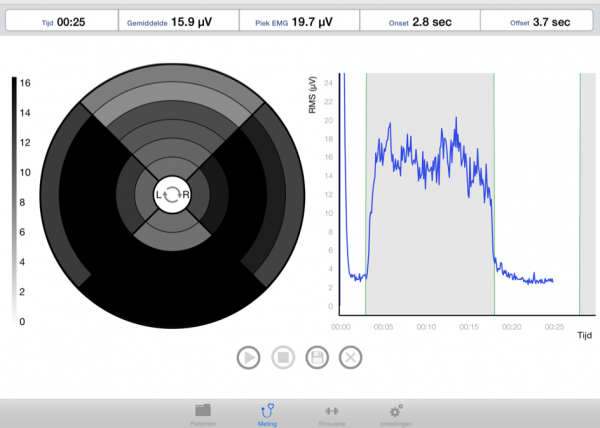 With the MAPLe you can provide a specific and targeted training, not only superficially but also deep or on a particular side. This produced great results in a short time. The therapy is ended and the patient’s quality of life has greatly improved.

This would not have been achieved with the current equipment.